WHAT DOES PERJURY MEAN?
​
It means the offence of willfully telling an untruth or

making a misrepresentation under oath.

So we looked up the Proclamation that gives authority to the Corporations Act 2001 -
The Proclamation by PETER JOHN HOLLINGWORTH [person, corporation] Below it states - No longer in Force

So we clicked on the Details section and states Repealing Comments Repealed by operation of section 32 of the Legislative Instruments Act 2003. 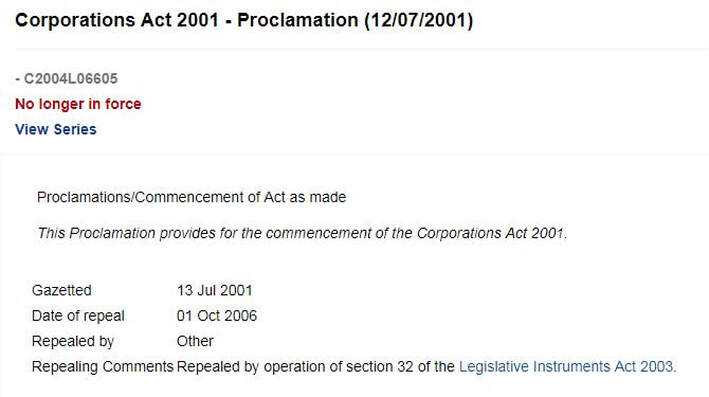 So we clicked on Legislative Instruments Act 2003 however Section 32 is missing. See below 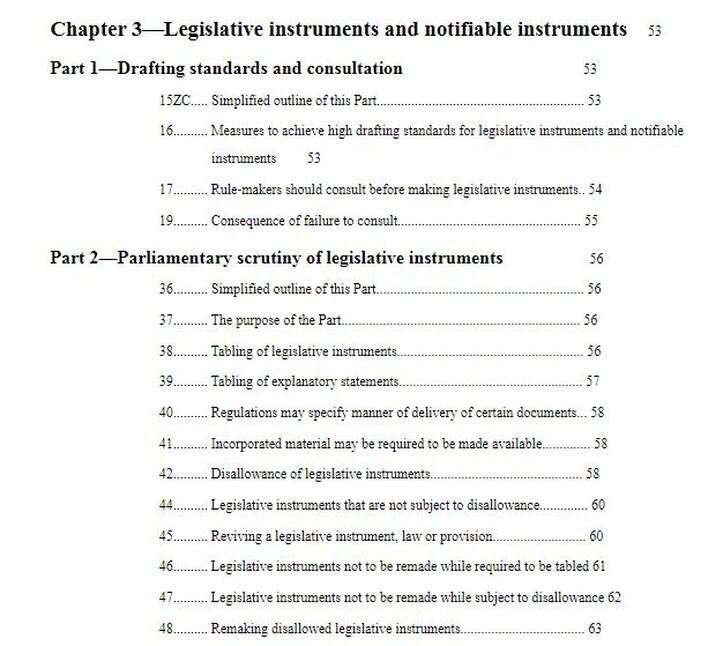 ​So what authority are they standing under?

The Corporations Act 2001 is not in force.

They are operating under the U.C.C.

Uniform Commercial Code in the United States of America

So what happens if the Judge continues to commit Perjury under

Ex parte young 209 US 1 2 3 (1908) the 11th amendment provides no shield for a state official confronted by a claim that he has deprived another of a federal right under the color of state law. When a state officer acts under a state law in a manner violative of the Federal Constitution. And in that case is stripped of his official representative character, and is subject in his person to the consequences of his individual conduct, the state has no power to impart to him any immunity from responsibility to the supreme authority of the United States.

Lady Crown, Heir & Successor of King George III
We are back to King George the third who is the defender of the faith, ARCH TREASURER AND PRINCE ELECTOR of the HOLY ROMAN EMPIRE.

Who is Lady Crown?

Constitution 1900 New Zealand is a state of Australia - Section 6 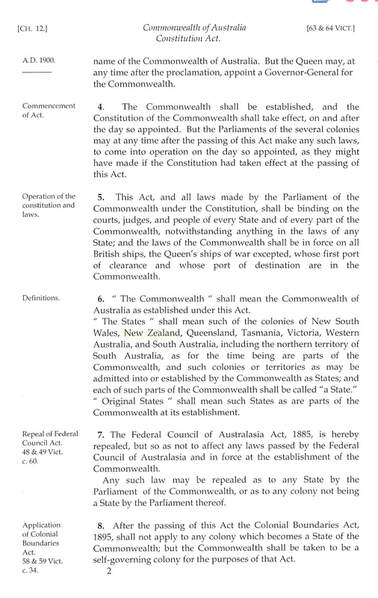 Let it be known that Tukaka has invoked us to tell everyone the truth about the 'person' being the birth certificate that is the custody of the Registrar of Births Deaths & Marriages, as the Registrar is the Trustee.